Contractors often will approach us and say “We’re adding _____ as a service.” (While I would rather us have that conversation before you pull the trigger, having it at all is a step in the right direction.) There are a couple of things to take into consideration when adding a new service. Many of them are inherently shared if you’re a company that already goes beyond the common pairing of “HVAC and Plumbing”. I’m not here to talk you out of it (since adding a new service can be extremely lucrative) but there are some things you should take into consideration before taking the plunge. Today, we’ll focus on three of the major ones that will have an impact in the real world and your ability to rank online for all your services.

For those of you who do (or are thinking about doing) HVAC, plumbing…
and electrical… and insulation… and fireplace inserts… and general contracting…
This section is dedicated to you!

By default, Google tends to give preference to companies which specialize in a specific service (or service family) when compared to your one-stop-shops. I believe they do this because they perceive that people think the same way. Think about it for a second. Would you be more likely to trust getting your brakes done at John’s Brakes and Suspension (that’s been in business for as long as you can remember) or Sam’s Club? You might be able to get some shopping done while waiting for your brakes at Sam’s but who are you going to naturally trust more? John’s Brakes and Suspension is going to win that battle more often than not because they specialize in one family of services (brakes and suspension). Even as Online-Access, we specialize overwhelmingly in the HVAC and Plumbing industries.) I’m willing to bet that was a strong factor in your decision to come over to us, if you’re already a customer of ours. If you’re reading this, but are not a customer of ours, it may be something you consider. 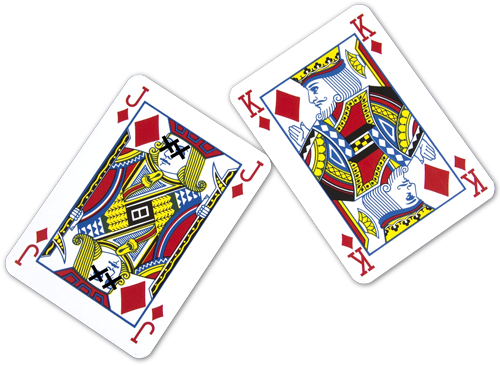 Bringing this back into our world, Google is used to seeing heating and cooling paired, or even heating, cooling and plumbing. The struggle comes in when you start adding electrical… insulation… fireplaces… Google is less used to seeing these combinations of services together, as such, the fifth wheel service may have a difficult time ranking in search—not to say that it can’t be done, but the journey can be quite difficult for you. The ranking difficulty is also highly relative to the amount of competition in your market for the fifth wheel service. Google is going to tend to look at you conceptually like Sam’s in our above example.

Let me ask you a question: Are your major services called out in your business name (in some way, shape, or form)? I’m betting a majority of the people reading this article will say “yes”. Guess what? – Google gives extra credit points to businesses who have their services in their name. They expect that your name is going to give people a clue as to what you offer. And, I’m sorry to say, switching to “John’s Home Services” isn’t going to cut it as far as Google’s usually concerned. “Home Services” is just too vague and broad a phrase for Google’s tastes (and for consumers who are unfamiliar with your business as well).

Mitch, are you saying that I need to change my name when I want to add a service?

No, you don’t need to, but you should at least consider it. Ask yourself, are you “kicking the tires” and just adding this service to see if it pans out, or are you committed to this being a permanent part of your business going forward? Permanent changes have a ripple effect through your business. Branding and name changes require that you look at updating truck wrapping, advertising, uniforms and other aspects of your marketing.)

Google puts a great deal of emphasis on something we in the biz call NAP Uniformity. It’s a fancy way of saying “are your name, address and phone number the same across the sites Google holds in high esteem?” Those sites I mentioned which Google references are called “directories”. You may have also heard them referred to as “citations”. When you add new services, updating the higher profile directories (not all directories are created equal) should be a part of your strategy as well. Updating those directories proactively versus them learning about the updates over time is important because Google rewards uniformity by disregarding conflicting information in many instances.

Like I mentioned before, having multiple families of services can be quite lucrative for you and your business. It’s not anything you should feel scared of considering. However, our goal is to give you some insight on the potential implications of taking the plunge, at least as far as your web rankings are concerned.

Google’s algorithm isn’t an intelligent human being. It’s a machine that tries to learn from observing what it can understand. Much like how an infant learns through taste and touch; Google’s ability to understand and grasp is limited.

The 3 items that we’ve covered here are only the tip of the iceberg. Any time you’re considering changing up any major aspect of your business, please feel free to reach out to us. We can discuss it and educate you to how it’ll affect you, your website and its rankings. This way, you’ll be more prepared to make a change or avoid a marketing pothole.