Taking your customer satisfaction through the roof by understanding why people threw ‘tantrums’ after the election!

If you have never received a bad online review, or feel ‘political correctness’ is a virtue, this article probably isn’t for you. 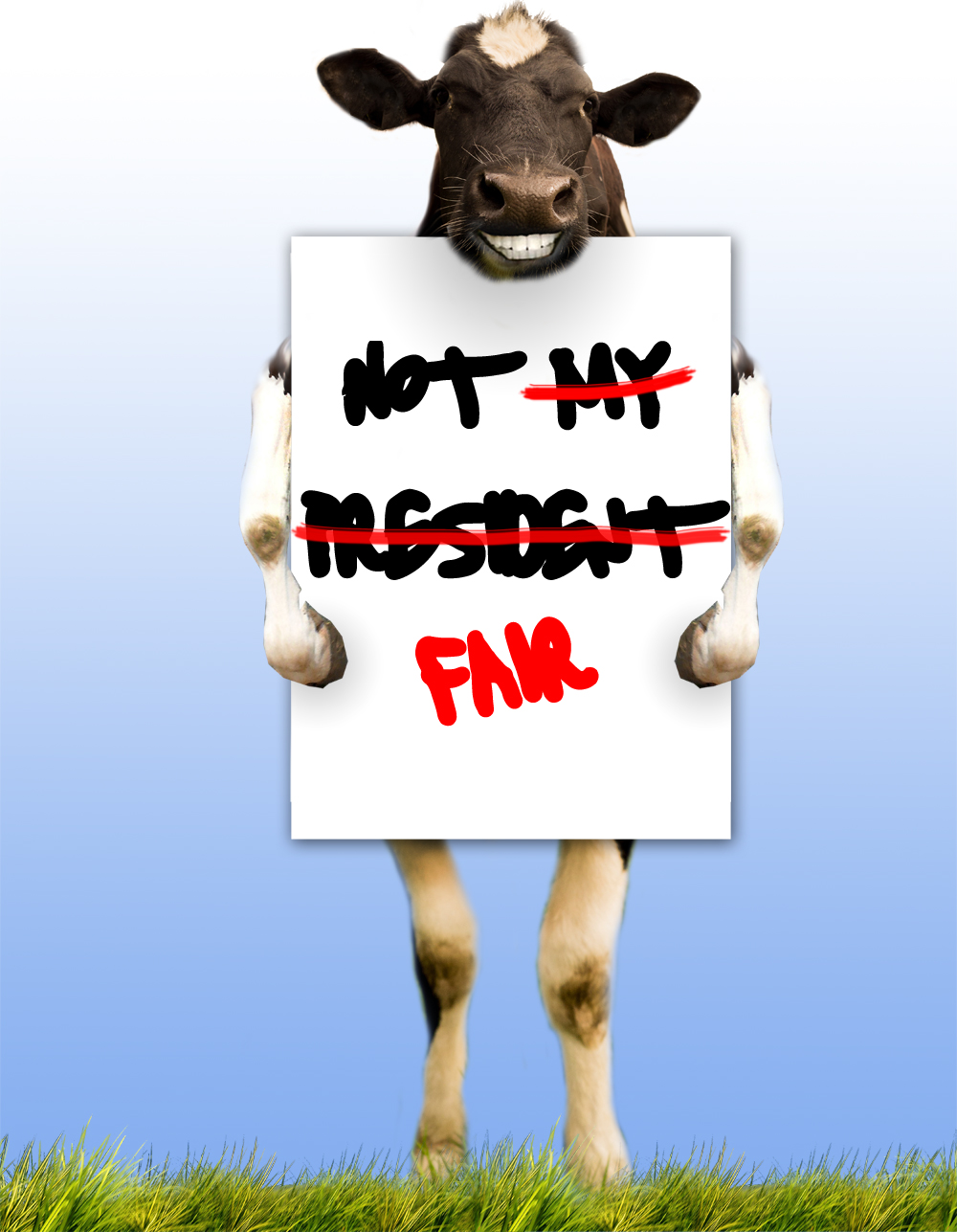 As part of our service, we do our best to help protect the online reputation of our clients. Having helped to craft responses for many clients who needed assistance replying to “unfair” reviews, it becomes pretty apparent that the one thing that all bad reviews have in common is that from both the contractor’s and their client’s perspective, they both feel the situation is unfair. This is a lot like the election, where the ‘blue’ half of the nation is angry, saying the results are unfair, and the ‘red’ half is angry since it’s unfair that they have to listen to those who lost whine, malign, and throw tantrums. (OK… so color me red) Unfortunately, this is not the type of ‘common ground’ that makes finding an amicable resolution attainable.

However, the election does give us a great example to understand where and how a customer’s perception of “unfairness”, and thus, dissatisfaction, begins. By knowing where the problem begins, you can take easy steps to prevent it and create a better customer experience. In fact, if you don’t deal with it where it begins, it’s too late after the fact.

Before we go further, since ‘unfair’ is the opposite of ‘fair’, let’s start by understanding the term ‘fair’. Fair is nothing more than a relative perception to us as humans; it is not universal or something found in nature. Nature only respects cause and effect.

At the risk of offending any contractors who are members of PETA (I’m probably pretty safe here), the natural world does not respect–nor is it governed by–the concept of being ‘fair’ or ‘unfair’. Survival of the fittest is inherently unfair if you’re the cow waiting to be slaughtered, but to me appears quite fair when I sit down for a steak dinner. So, if we can agree that, from its perspective, the cow should see its situation as unfair and be dissatisfied with the outcome, why isn’t the cow out protesting in the streets, breaking windows, burning things, and carrying silly signs? (If your answer is that the cow has a job–I really don’t want to go there.)

The simplest answer is that cows go through life without any real expectations. You see, as humans, we absorb information and then naturally create expectations. It’s how we deal with life.

In this election cycle, the expectations of most the nation had been totally set by all the polls saying that Hillary Clinton was going to win big. The blue half of the nation totally believed this and had never even considered it a possibility that Trump could win because they were never told by the networks and media where they got their news that such a thing was even remotely possible. The fact that everyone’s expectations proved to be wrong and that, in the last few years, we’ve made it socially acceptable (if not a privileged status) to be a victim in this country… we created the perfect storm. The blue half the country melted down and had a cow, while the other half of the country eagerly tuned in to CNN and MSNBC to watch the pain reflected on the formerly-smug faces of news anchors who looked as if they were actually ‘birthing a cow’ right there on national television.

So how does this relate to contracting?

You’re on a sales call and you tell your customer that the new furnace you will install is more efficient–so he naturally creates an ‘expectation’ that his future gas bills will be lower. If his future fuel bills are lower, his expectations will be met, and you have a happy, satisfied customer.

Now take the same sales call, except that during the winter, there are a lot of cold spots in the customer’s house because the old furnace was so big it didn’t have enough run-time to adequately mix the air. The new smaller furnace makes those areas warmer due to its longer run-time and ability to better mix the air and reduce stratification throughout the home. However, the customer is now unhappy and dissatisfied because, even though the new furnace is making heat more efficiently, it’s making more of it to heat what once were cold spaces. Inadvertently, you effectively increased the homes heat loss, and the customer is having to buy more heat than he did before, albeit at a lower cost.

The net result is the customer’s bills don’t go down, his expectation of lower bills you set when you told him the new furnace was more efficient is not met, and you have a dissatisfied customer. At this point, even if you explain to him and he eventually understands that there is an additional cost to have the areas warm that were formally cold, he typically isn’t completely happy because he feels that he was misled and his expectations were not met. The worst part of this type of situation is that it could have been completely avoided if you had made sure he knew this was a possibility before he gave you the job. It’s called managing your potential customer’s expectations before the sale–because you can’t do it after.

Just as with the aftermath of this election, no one ever blames themselves for coming up with bad conclusions. Instead they feel victimized by how “unfair’ it is that they were deceived. How many celebrities did you see go on twitter the next day saying, “Gee, wasn’t I stupid.” It didn’t happen–and it won’t with your customer either–if your delivery fails to meet their expectations, whether grounded or not. Their perception is their reality.

The key to customer satisfaction is to take responsibility and set their expectations correctly out the gate at the sales call. Think about it. Have you ever had anyone complain who got exactly the type of service they expected and chose you for? It doesn’t happen and that’s why 90% of your customer’s satisfaction rests on the person who sold it to him. It’s his job to make sure the customer’s expectations are in line with what your company will deliver.

When I used to be the guy doing the home sales in our company, I would always start out the discussion by explaining what my purpose was, other than to give them a price. Since we had a 100% money-back guarantee for the entire first year based solely on their satisfaction, my purpose was to be able to guarantee their satisfaction with whatever we did for them–period. Here’s how I would explain it to the customer:

Raising my left hand over my head I would say, “If your expectations of the job is here,” then raising my right hand 6 inches below my left, “…and the delivery of the job I sell you is here, then everything in between my hands is called dissatisfaction. My job is simply to understand exactly what you want to accomplish and make sure that our delivery and your expectations line up with each other. To do this I need to ask you a few questions and go over what you can expect…”

By helping the customer work through his expectations, there were never any surprises at the end because we had set the boundaries and ground rules of what we needed to deliver to make him happy. The beauty of this approach is that it allowed us to accentuate the negative which is the easiest way to manage expectations and create accessory sales.

So, what do I mean by ‘accentuating the negative’?

Because the client understood from the beginning that I had to make sure he was satisfied, we have an entire checklist on the back of the quote sheet (here’s a copy) of the potential comfort problems a home faces and what the solutions were for each of them. This way, there were never any surprises because we would go through them and I would cross out the ones that didn’t apply. And, the ones that did, he would initial indicating he understood the potential problem and was aware of what the solution would entail. For example: Since we are in a northern area where there is typically only one unit, one of the items on the list for two story homes is there to make the homeowner aware that, because cold air naturally falls, the upstairs bedrooms could be anywhere from 7-13 degrees warmer unless automatic zoning was installed.

Because we talked about it before the sale, it never became an issue after the sale. The best part is that we sold a lot of zoning systems without being ‘pushy’, because they wanted to learn more about zoning after being made aware of the problem. As an added benefit, going over the potential issues up front before the sale made the other bidding contractors who never said anything look like crooks. They appeared to be cheating the customer because they were willing to let the customer assume that his bedrooms would be cool for the price they quoted. You can see why this exercise is a ‘win-win’ in my book.

The key to remember is that the easiest way to handle dissatisfaction is to manage your customers’ expectations before the sale. At that point, you have the option to either lower their expectations or to raise your delivery. No one wins when you try to do it after the fact.

All the best
–Dave