Are Your Maintenance Agreements Crippling your Business instead of Growing It?

Would you believe I am a decent fortune teller and psychic? Seriously, I’m pretty darn good at predicting the future! I can predict with a lot of certainty that in the month of July you will be very, very busy, and sometime near the end of Fall/Winter season next year, I see your company slowing down dramatically. (That will be $10 bucks thank you…) If you want even more proof of my psychic ability, this should convince you. I also predict that you’re not buying my claim that I can really see into the future. (WOW! Forget fortune telling! With circular logic like that, I missed my true calling to go into politics.)

Once upon a time, there was a company called ABC Heating and Cooling … 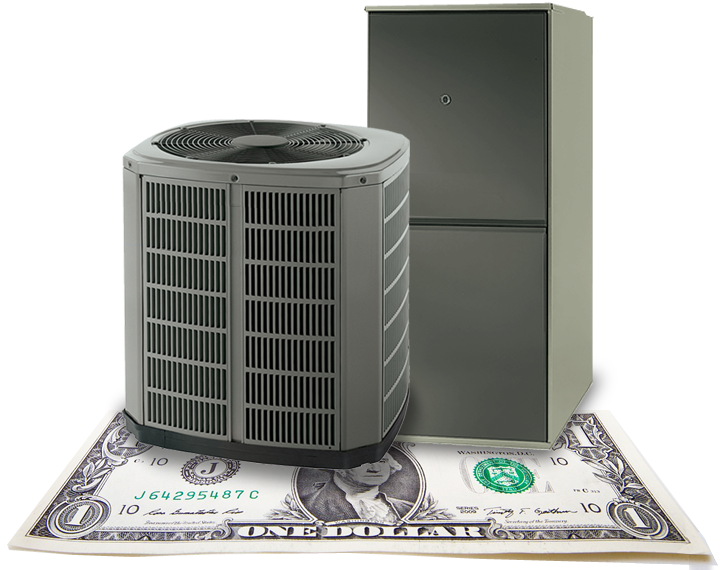 Now, as anyone in the business knows, the easiest time to sell a maintenance agreement is in the Fall for heating equipment, and in the Spring for cooling equipment. The reason it is easier to sell maintenance at these times of year, is these are the times when the customer may actually be focused on their equipment for the coming season. So, like every other contractor out there, ABC Heating and Coolinggoes out and sells a boatload of maintenance during this time—all due for renewal 12 months-later smack-dab in the middle of their easiest time of the year to sell tune-ups to new customers.

After a few years of this, ABC Heating and Cooling is mystified –why they are not successful yet? After all, they have a lot of agreements now. Instead, they are facing a logistical nightmare since all their maintenance agreements are now piled up during the same months every Spring and Fall. Because of this, they are running ragged and paying their techs overtime to try to get to them all.

To make matters worse, since they are spending all their time with customers where they had previously replaced the old and really bad equipment, ABC Heating and Cooling isn’t able to take on new customers. By this, I mean customers who have old faulty equipment needing to be replaced—just like those they originally sold before they put them on their maintenance program. Since they are now so busy doing maintenance on equipment where the “low hanging fruit” has already been picked, their sales are tanking and their growth has stalled. Go figure?!

As if having less sales opportunities wasn’t bad enough, ABC Heating and Cooling still has months in the winter where they don’t have enough work. Because of this, they end up getting behind in their bills and laying their guys off since they can’t keep them busy. So, every year, they lose a tech or two who end up finding other jobs while laid off, so now ABC Heating and Cooling has to go through the expense to find and train new guys. This is especially irritating to ABC Heating and Cooling since they were told that maintenance agreements were supposed to level off their workload throughout the year. But hey… there’s always next year, and it has to get better—they hope…

Wait a minute… what happened to the “happily ever after” part?

OK, so maybe the above fable was a little bit simplistic. However, with all the companies I talked to this year in full panic during February and March because they had little work, just maybe there is a little truth to my tale. Something that new companies miss during their early growth, that they don’t realize ‘hobbles’ them later every time they try to grow bigger.

I know there are many contractors out there who look at their maintenance program primarily as a marketing/sales vehicle since it gets them in their client’s home every year. I’m not arguing this, but if you believe this is the primary purpose of having agreements, in my opinion you’re settling for only one fourth of their true value. Maintenance programs are valuable to a contractor for these four reasons:

Of the four reasons above, I look at number ‘2’ as the most important if I had to choose only one to focus on. The goal of everyone managing maintenance should be, “How do I move a customer’s maintenance visit to where it’s at my convenience, rather than theirs?”

I think we all recognize that there are times of the year when it’s easy to get work, and times of the year it’s not. So, why not run calls that we are already guaranteed to get (maintenance) during the times it’s not easy to get a call? One’s marketing will be a lot more effective during the times when it is the easiest to get a new customer call because they are already focused due to the weather or season? That is a key secret to being able to grow. Best of all, doing this doesn’t negate the value of the other three reasons, but it does have the potential to bring in work when you need it the most not when you’re already slammed.

If you agree with me that there are times of the year when it’s easier to get calls, then every maintenance call you run during that time is one less opportunity to sell a tune-up to a new customer when they’re the easiest to get. This is especially beneficial since there is a greater potential of a “lower hanging” sale opportunity with a new customer than the ones you maintain every year. The beauty of this is that you didn’t forfeit the opportunity with your maintenance customer—you just moved it to a time when you need the work to keep your team employed.

As I’m sure you know, the reason running an HVAC business is difficult is because of the feast or famine everyone experiences based on the weather. For years, I’ve heard people say that if you’re marketing right, the weather doesn’t matter. This is nonsense. What they don’t tell you is that the cost of what it takes to “market right” skyrockets during non-extreme summers and winters. The fact that most every HVAC market has built-in down times, is why there are so many small players out there who want to grow but can’t. The capital they need for growth gets sucked dry during the slow times, and they lose key employees when they can’t keep them busy. So, every year it’s like they’re starting from square one. It’s a vicious cycle that one must understand and manage in order to break it.

A popular management technique for solving your slow time is to market your way out of it by discounting. This can work but, as everyone knows, it’s harder (and more expensive) to get leads at the end of a season when the customer’s focus has shifted, than it is in the beginning of the season unless you’re giving away the job. However, the other option that I’m suggesting here is to actively manage your maintenance by moving it to when you need the work. Doing so can dramatically reduce your marketing costs by shifting much of your slow-season marketing to when it is more effective, since the work you need when you’re slow is, then, already there.

Next month, I’ll go over ways you can do this. I’ll also go over how you can get your existing customers to voluntarily move their maintenance to your slow time—and thank you for letting them do it. Until next month. –dave

Please address all comments or questions regarding this or any other articles in our newsletter to articles@online-access.com.